UNSW’s most read science stories of 2019

CQC2T’s research story was one of UNSW’s most popular science stories for 2019.

200 times faster than before: the quickest quantum operation yet 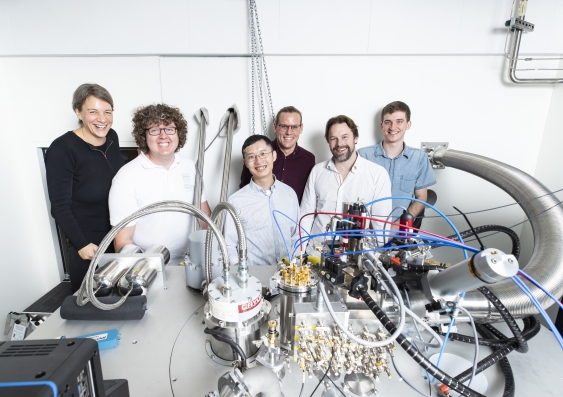 A group of physicists at UNSW Sydney built a super-fast version of the central building block of a quantum computer – the realisation of a 20-year vision.

The team of scientists, led by 2018 Australian of the Year Professor Michelle Simmons, achieved the first two-qubit gate between atom qubits in silicon – a major milestone on the team’s quest to build an atom-scale quantum computer. The pioneering research was published in world-renowned journal Nature.

A two-qubit gate is the central building block of any quantum computer – and the UNSW team’s version of it is the fastest that’s ever been demonstrated in silicon, completing an operation in 0.8 nanoseconds, which is ~200 times faster than other existing silicon spin-based two-qubit gates.

Prof Simmons, Director of the Centre of Excellence for Quantum Computation and Communication Technology (CQC²T) and founder of Silicon Quantum Computing Pty Ltd, said the past decade of research challenged and inspired her team to shift the boundaries of what was previously thought possible.

“We’ve really shown that it is possible to control the world at the atomic scale and, that the benefits of the approach are transformational, including the remarkable speed at which our system operates,” she said.